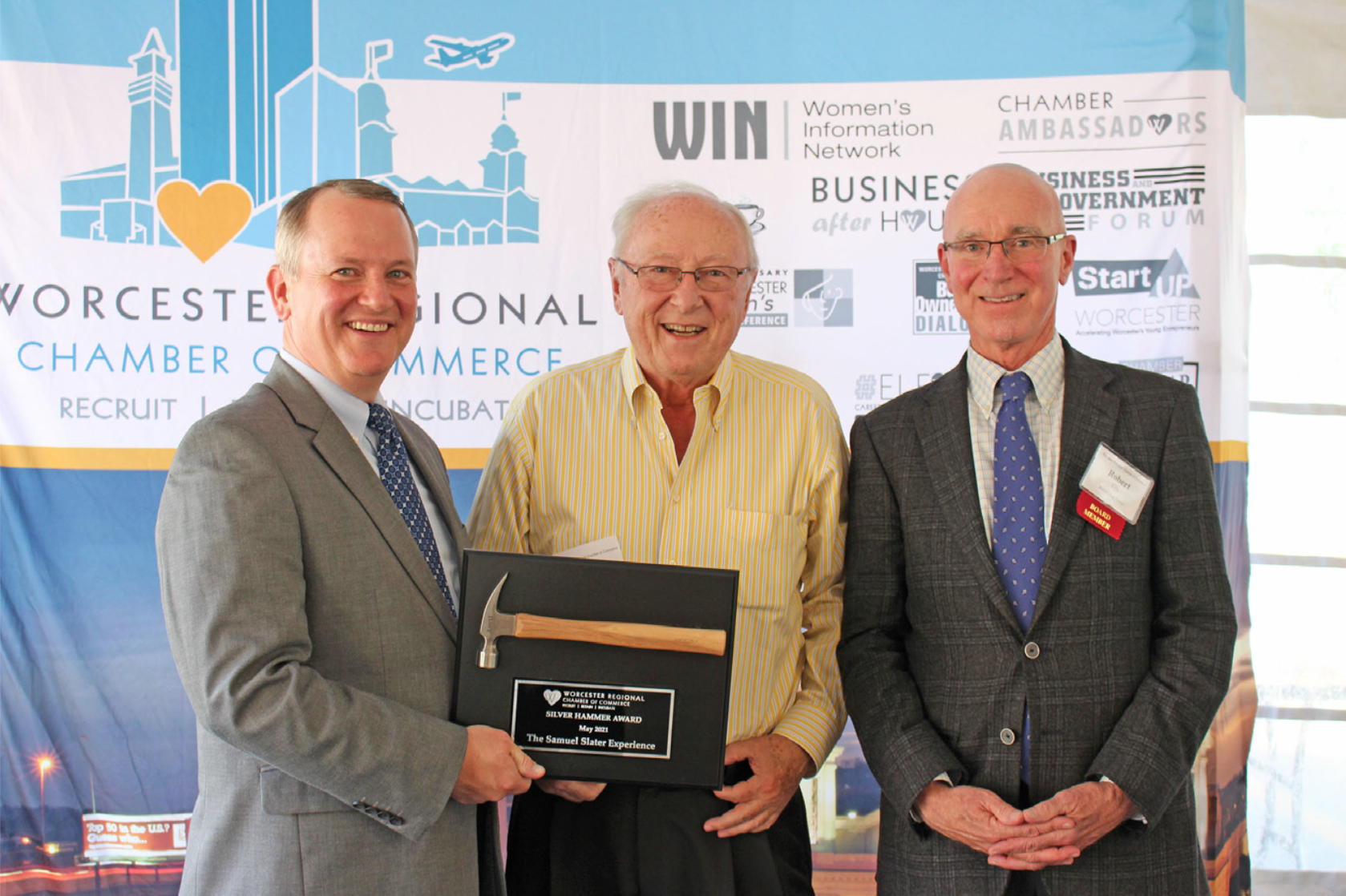 Summer is here, and we are promoting the opening of Sam Slater Experience as “coming this summer.”

And yes, tremendous progress has been made over the last several months to achieve that end, a formal public opening.

The videography that carries the story visually and verbally is being installed this month, and remaining graphic panels, artifacts, and flooring will be installed in July.

You can see some exterior work in progress as well, as the building has been painted a head-turning black.

Each year, the Worcester Regional Chamber of Commerce recognizes the special accomplishments of area people and businesses.  The Samuel Slater Experience received a 2021 Silver Hammer Award this year, which acknowledges “construction or rehabilitation projects that have an extraordinary visual and aesthetic impact on our physical landscape and have brought new life to some of the region’s most historic assets.”

Pictured at the awards ceremony on May 20 at Peppercorn’s Grill & Tavern are Tim Murray, president & CEO of the Worcester Regional Chamber of Commerce, Chris Robert, founder and owner of the Samuel Slater Experience, and Robert D. Cox, Chair of the Chamber Board of Directors and managing partner at Bowditch & Dewey. 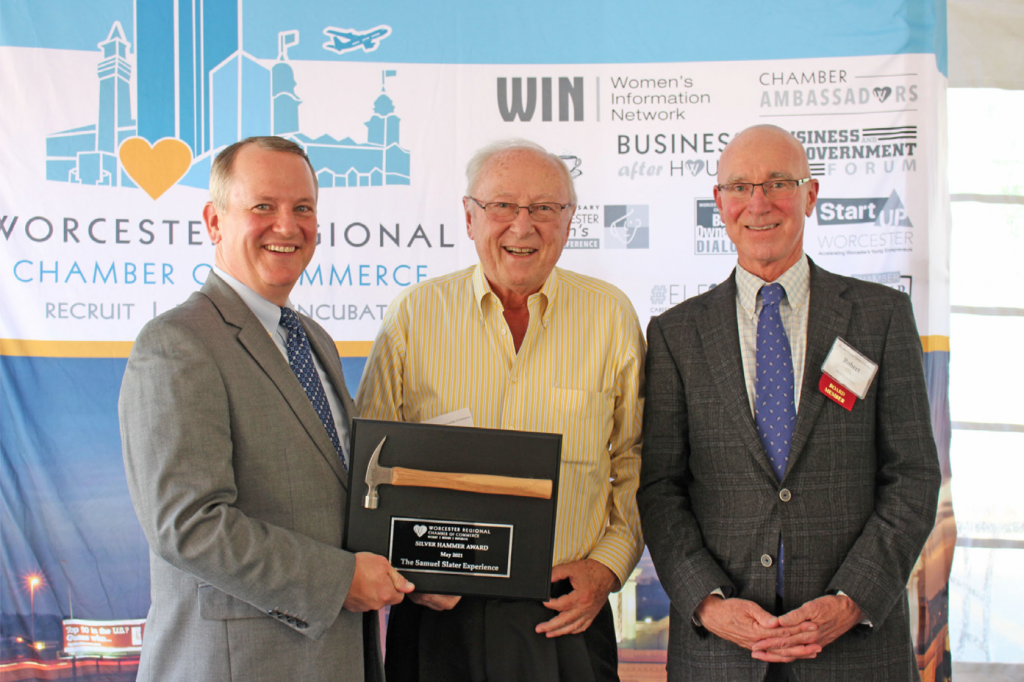 Dozens of local business people attended the first major public event that Samuel Slater Experience has hosted. It was the Webster-Dudley-Oxford Chamber of Commerce’s Annual Meeting, the first in-person networking event that the Chamber has held in 18 months.

All attendees were given guided preview tours of the museum. It would be an understatement to say that they were impressed with the scope of the exhibits,  the fine construction details, and the audio-visual components.

Soon we hope to have dozens of decorated sheep gracing the streets, parks, and business lobbies in Webster and surrounding towns.

The Slater’s Sheep art project will reintroduce Samuel Slater to the community in a highly visible, fun way. The museum has acquired 25 life-sized sheep sculptures and we need artists to paint them and sponsors to buy them.

Go to samuelslaterexperience.org and click on the homepage button to get all the details, including application information. 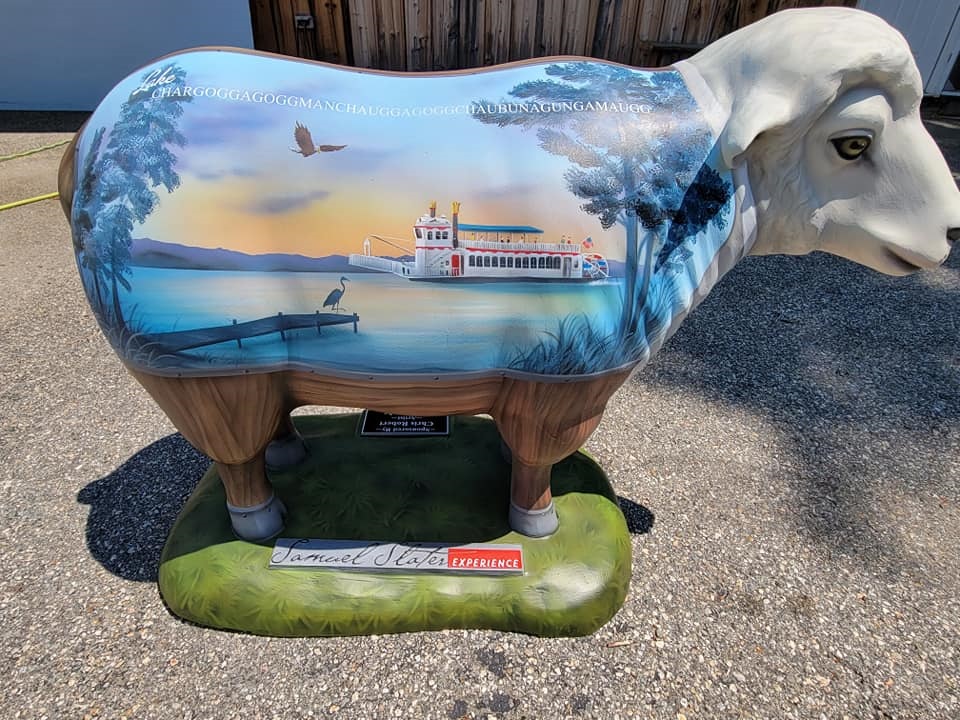 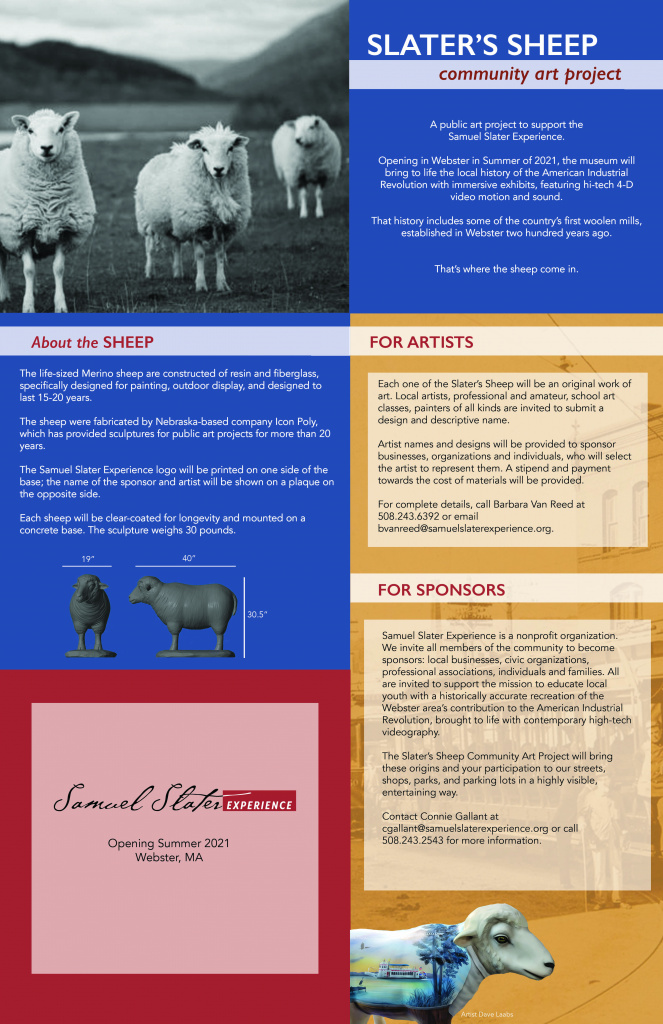 An article recounting the history of the Samuel Slater Experience museum is featured in the spring issue of the Worcester Chamber’s quarterly newspaper, Chamber Exchange.

Read it below or click on the publication link: https://www.worcesterchamber.org/wp-content/uploads/2021/05/WRCC_Newspaper_v06.pdf. Go to page 19.

This summer will mark the completion of the Samuel Slater Experience, a historic museum featuring state-of-the-art, 4-D digital technology to tell the story of Samuel Slater, the American Industrial Revolution, and the founding of Webster, which would become a booming mill town in the early 19th century. 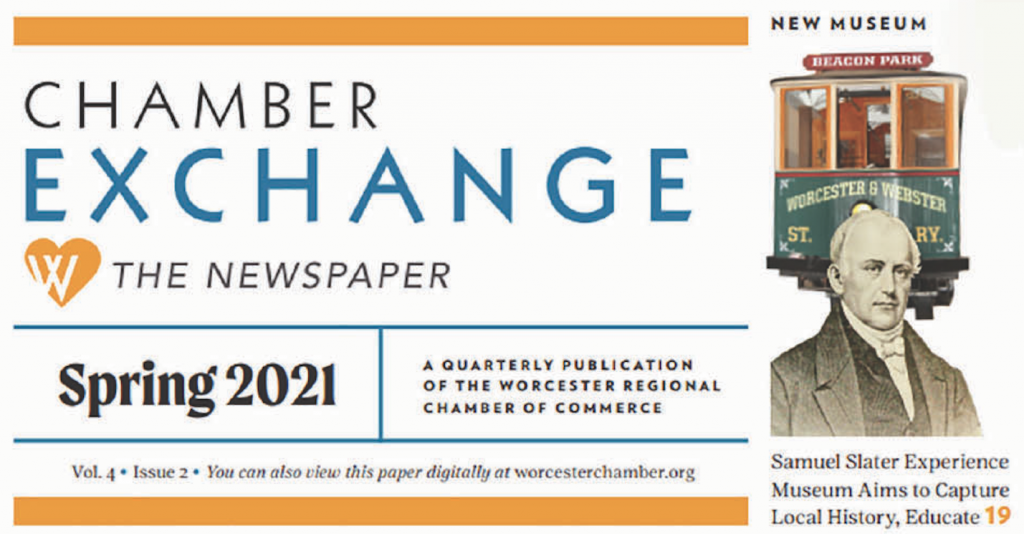 Five years ago, Webster business owner and philanthropist Christopher Robert embarked on a mission to augment the Webster school systems’ social sciences curriculum with a museum dedicated to the life of Samuel Slater, known historically as the Father of the American Industrial Revolution. His vision was to create “an interactive, dynamic, ‘Disney-like’ experience” that would specifically engage students.

Samuel Slater came to America from England in 1789, the year the U.S Constitution was ratified, secretly carrying the plans for water-powered cotton spinning jennies with him in his head, as Britain considered the transfer of textile technology as a traitorous act.

In 1811, Slater moved to Massachusetts and built new cotton mills as well as one of the first woolen mills in America, all powered by the French River and Lake Chaubunagungamaug, in what was then called Oxford and later renamed Webster after Senator Daniel Webster.

Slater brought technological innovation to textile manufacturing at introduced a novel, if paternalistic, management approach with his “factory system” that attracted workers to the region and established the infrastructure that made Webster a thriving “boomtown.” Slater died in Webster in 1835 and is buried in Mount Zion cemetery. Much of that history has been lost.

Mr. Robert began a search of the old Slater buildings in Webster to construct the museum, but none were suitable.

With the help of town officials, he finally identified a viable building: the 17,000-square-foot former National Guard Armory on Ray Street, constructed in 1935 on land originally owned by Mr. Slater and given to the state in 1932.

The state had deeded the building to the Town of Webster in 2005, stipulating that it be used as a youth facility. However, the Webster Dudley Boys & Girls Club moved to Dudley instead, and the Town used the empty building to store vehicles and surplus goods.

in 2017, the Town asked the Commonwealth to release the restriction, subsequently leased the building to Mr. Robert for $1 a year for 30 years. He established Webster Museums, Inc. as a 501 (c)(3) nonprofit, enlisted local historians to make local connections, hired a curator to research the industrial era, and engaged a nationally renowned museum designer to plan and execute the project.

Doug Mund’s Georgia-based firm dmdg2 has planned and designed museums for 40 years, including projects for the Museum of Science in Boston and the Museum of Science and Industry in Chicago. His goal was “to make a tour through the Samuel Slater Experience a completely different museum experience, historically correct, but immersive and visually exciting with ‘Disney-like’ aspects that would appeal to all generations.”

Digital production for the museum is headed by Bob Noll’s Norwood-based Boston Productions, Inc. which has provided audiovisual design and productions for the American Heritage Museum, the Smithsonian, and Hershey’s Chocolate World. The firm created media “that does not look like traditional videos, but more like living tableaus and hands-on interactive experiences that put visitors dramatically into the times and provide some ‘WOW’ moments.”

In addition, a host of local contractors have been building out the exhibits and many local people have donated their “artifacts” to the museum.

While unassuming, the Armory building was structurally sound. The interior, though, required a complete gutting for reconstruction as the museum with more than 20 live, interactive exhibits; faithfully recreated 19th-century settings; educational facilities; and public meeting spaces.

The first part of the restoration involved repairing of internal walls, dismantling of the rifle range, and removal of asbestos floors and walls. All the electrical systems, plumbing, HVAC, and water systems were replaced and upgraded to current codes. That work alone took more than a year.

The museum is divided into two parts. The first section tells the story of Samuel Slater, his immigration to America, his successes as an industrial revolutionist, and his impact on the geographic area. The second part takes place a century later, recreating downtown Webster in the early 1900s, which had become a hub of commerce and industry.

The fundamental purpose of the Samuel Slater Experience is to educate, and with that, the exhibit sare designed in coordination with curriculum directors from the local school districts, aligned with approved curriculum standards in both social studies and STEM fields.

For example, the early textile manufacturers used hole-punched cards to program their looms, the predecessor to what would become binary code for the modern-day computer.

“We hope the museum will be a popular destination for middle-school and high-school student groups from all over the state and New England to have a historical, educational, and fun experience,” said Mr. Robert, who has provided $4 million in funding for the project.

The Samuel Slater Experience will also be a draw for tourists, historians, family outings, and meeting planners. Clubs, corporations, and organizations will be invited to host their events at the museum.

For more information, visit samuelslaterexperience.org. There you’ll also find a visual introduction to the museum and an overview of the exhibits. For their renovations, the Samuel Slater Experience received a Silver Hammer Award from the Worcester Regional Chamber of Commerce at our Business After Hours Annual Business Awards on May 20, 2021. 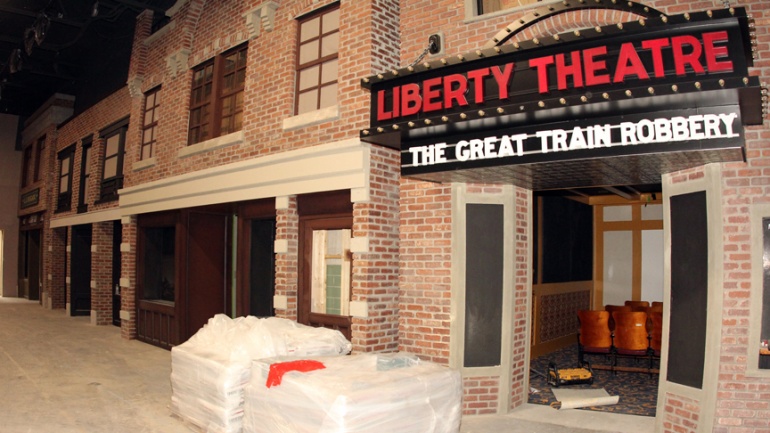 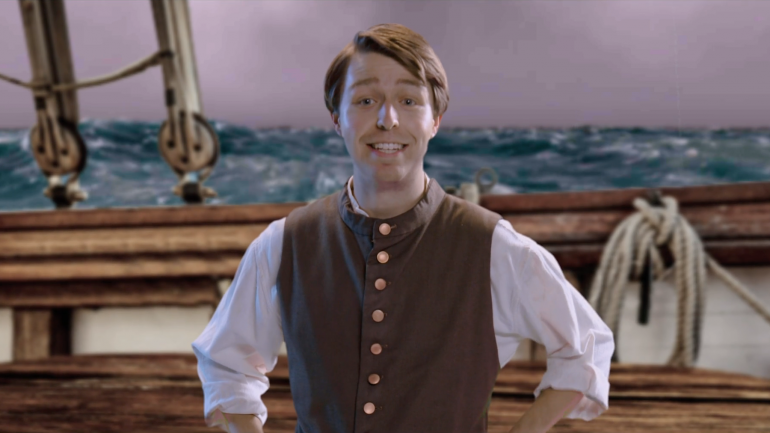